Frombork residents had to resign to their fate of living in a town most unfortunately situated in many aspects: low, wet area; subsoil water preventing any use of basements and wells; and last but not least - no running water. It was, however, very impressive how this last drawback was solved. A canal was dug out, through which a portion of the Bauda river flow was directed to Frombork. When measured today, the canal is almost five kilometres long (4976 meters to be precise) and 5 meters wide. The project had to be based on very accurate elevation measurements – the difficulty was to have the water in the canal running fast enough to use it in a water mill. Therefore the canal was marked along a natural slope, cutting off one part of the incline and throwing the excavated material  to the other side. Thus it was not necessary to dig too deep. This was not all, however. To maintain a constant slope of the canal bed, the initial elevation of the canal bed had to be as high as possible. To do so, the water level in the Bauda river was elevated by means of a sluice gate. Thus it was possible to erect not only a grain mill in the town, but even two tanneries. The canal, as a unique European historic civil engineering landmark, has survived almost along its entire length. Its mouth to the Vistula Lagoon is under the surviving Water Tower and is connected with the fishing port.

The Water Tower standing on the canal is another historic civil engineering masterpiece. This is one of the two oldest European water supply systems, built in 1571-1572, which is just 28 years after the death of Nicolaus Copernicus (the first water supply system was built in Augsburg in 1548). This project was undertaken by the Warmia Chapter to cover its own needs. The cannons desired running water for their canonries located on the hills overlooking the Vistula Lagoon, approximately 20.5 meters high. They needed water both for human consumption, but also to tend to their gardens and for their animals (the statute required that each cannon should keep a horse for himself and two horses for his two servants; recently it has been found out that Nicolaus Copernicus kept two cats in his house, and their hairs were found inside the books owned by Copernicus). That is why an appropriate expert was urgently needed. Such an expert was found as far away as in Wrocław (Breslau) – a master plumber named Valentin Hendell. In the contract concluded by the parties the Chapter agreed to erect a water supply tower on the canal according to the master’s guidelines, and the master was to supply the castings made in Wrocław as well as other necessary metal parts.

Thus the Tower was erected on the foundations of the original mill. A bucket elevator was installed in the tower. The principle of the bucket elevator operation is as follows: a looped chain was stretched between the two shafts installed at the top and at the bottom of the tower. The lower shaft was driven by the mill wheel. Buckets were attached to the chain (similarly as in a river dredger) which were lifted up 25 meters, which is much higher than the elevation of the hill where the cannons lived. At this height, on the upper shaft in the tower, the buckets were overturned, pouring water into a large chute. The water under pressure flowed through a downcomer from the chute to underground wooden pipes, which in turn supplied the water to a location 180 m away from the water tower. Here, the water filled a deep octagonal pressure vessel, from which the water, also under pressure, through separate pipes was distributed in the hill, to about a dozen or so cannon houses. Each house was provided with its own separate tank, with excess water discharged to vegetable gardens. For the first 60 years the water supply system operated continuously, day and night. After that, the wooden pipes had to be repaired in some places. Once Warmia fell under the rule of Prussia after the First Partition, the repairs were discontinued for lack of funds. Only in 1911 was a modern water main installed in the hill. Currently the Water Tower is a tourist attraction, boasting medieval walls and providing from its top a great view of the neighbouring Cathedral Hill, Frombork Town and Vistula Lagoon. 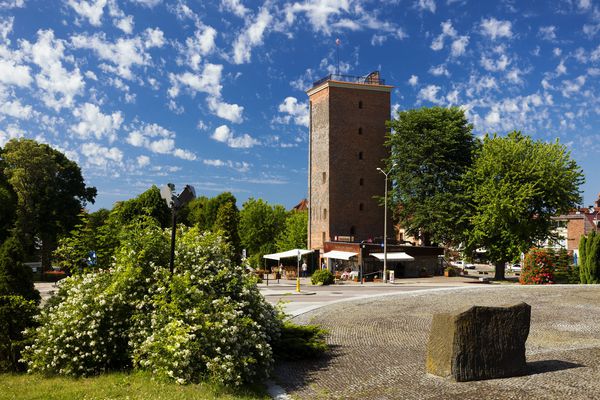 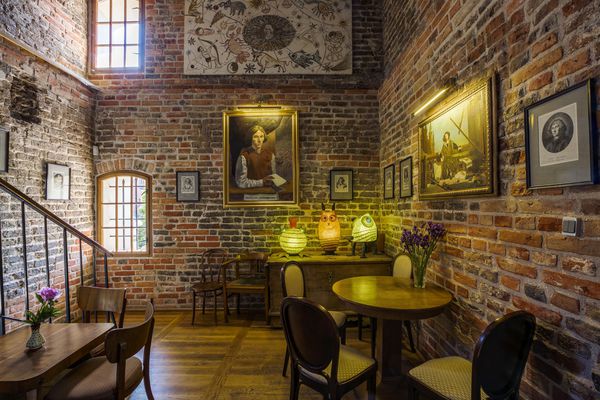 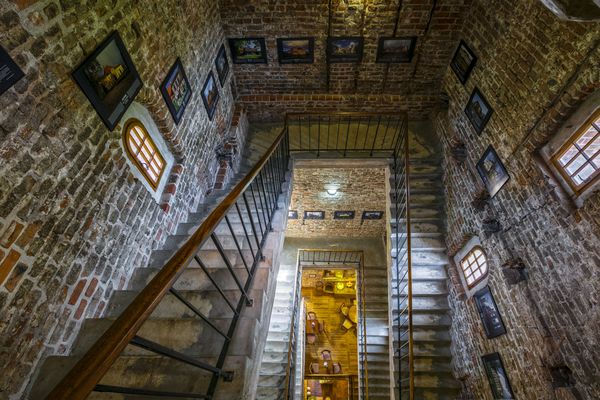 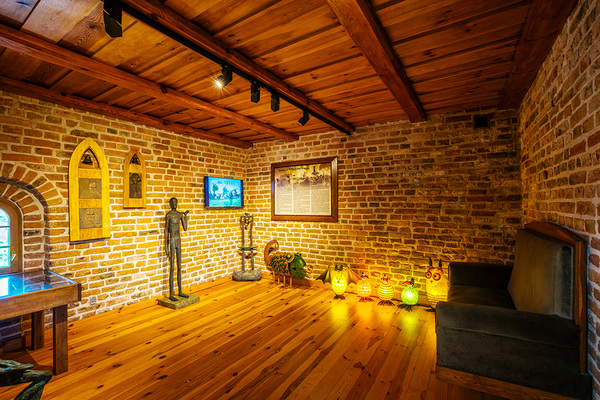 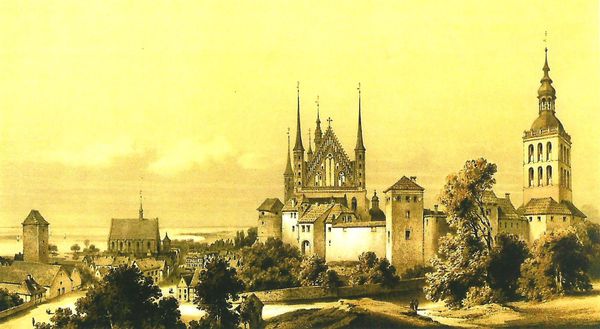 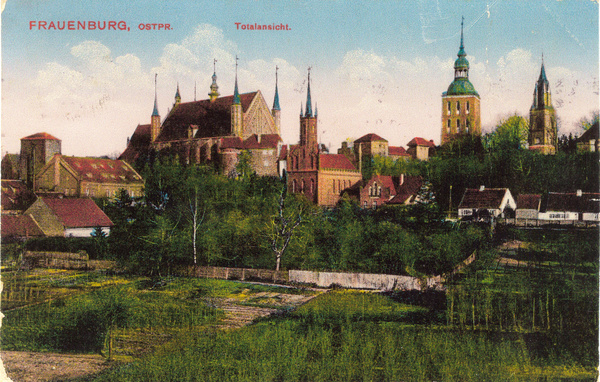 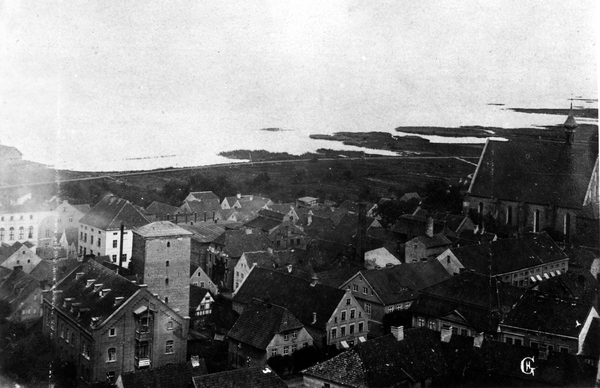 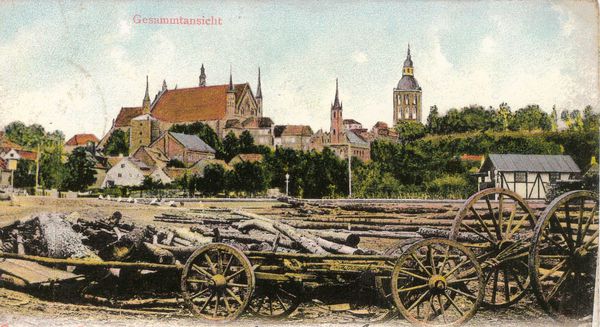 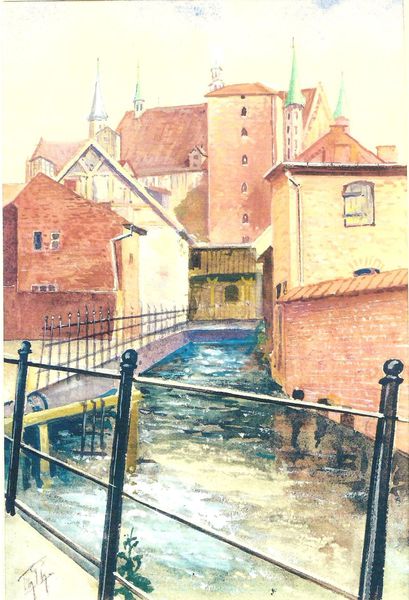 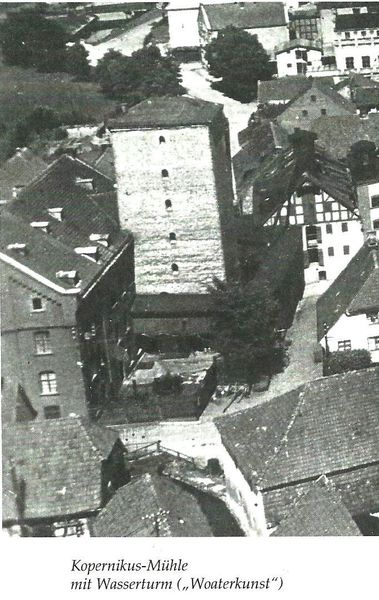 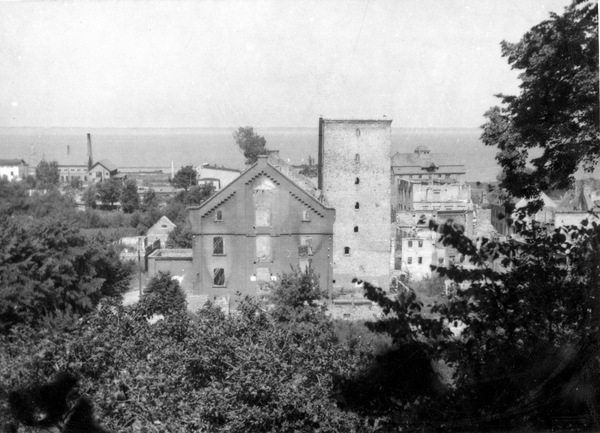 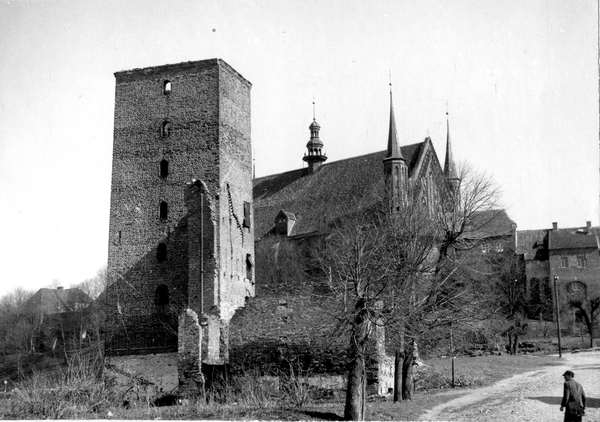 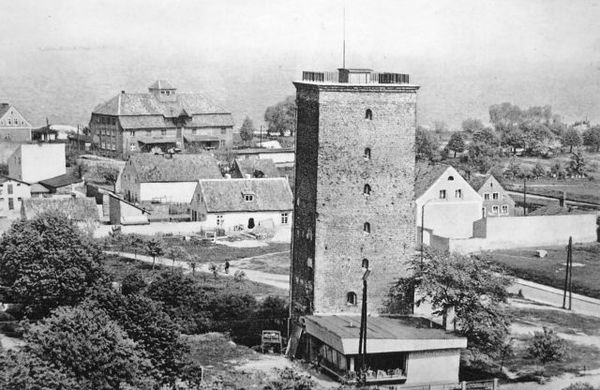 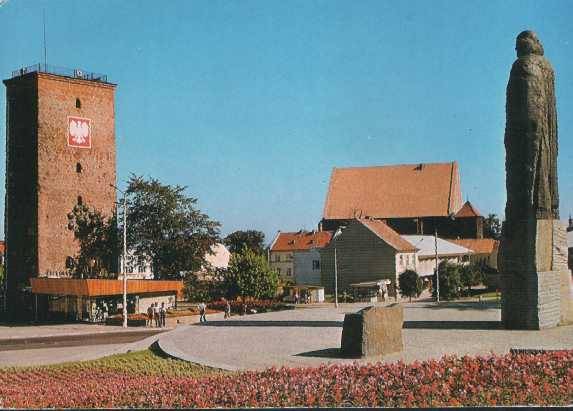 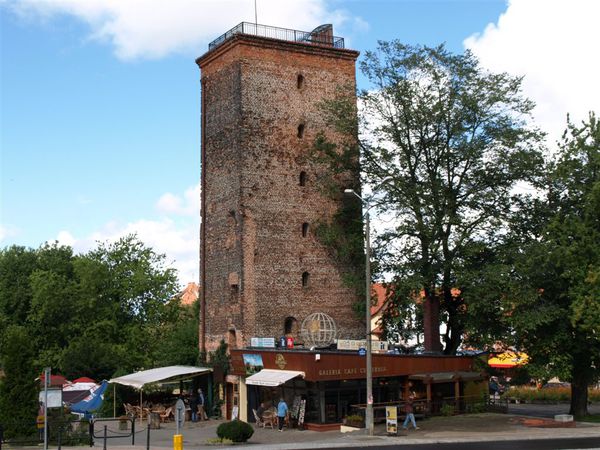 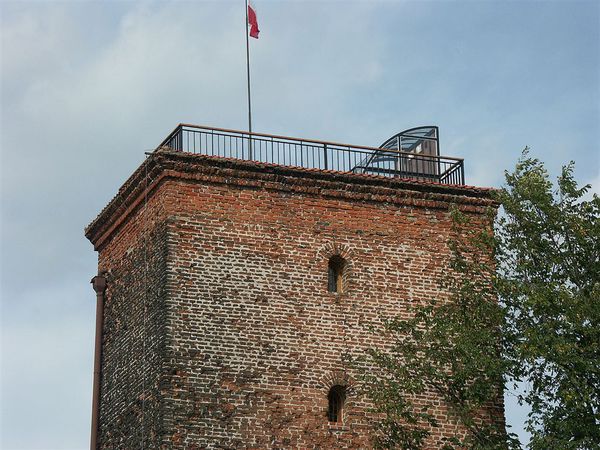